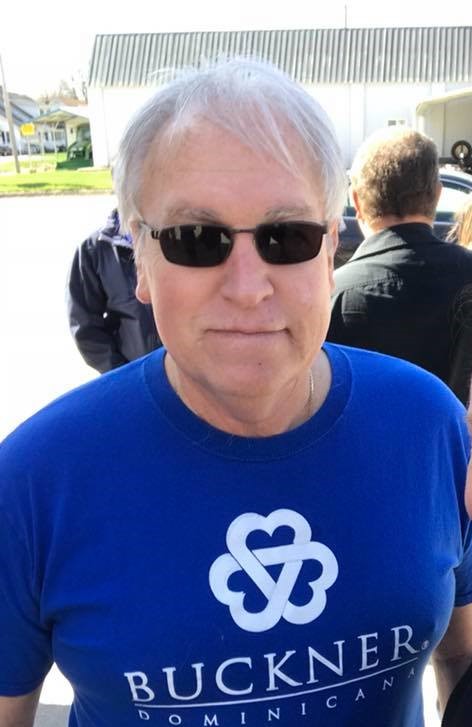 Rodney grew up in rural Indiana and moved with his family to Tucson, AZ at age 18. He attended and graduated from the University of Arizona working part time as a cook, Kenpo Martial Arts Instructor (Black Belt) & brick/stone mason & cement finisher. He worked as an Engineer for Burr-Brown division of Texas Instruments in Tucson for 19 years and during that time he answered the call to ministry and became a Licensed Minister on November 14, 1993 at the Park Avenue Christian Church in Tucson, AZ. After graduating from Fuller Theological Seminary he was ordained on June 11, 2000 at Capilla del Sol Christian Church in Tucson, AZ. He answered a call to the First Christian Church in Rock Port, MO where he served nearly 15 years before answering a call from the First Christian Church in Scott City, KS. In the Arizona Region Rodney was President of the Arizona Region CMF. In the DOC Mid-America Region he served as Pastor Counselor for the DOC National CMF Board. He has also served as Co-Moderator & Moderator for the Christian Church Mid-America Region in the Northwest Area. He was one of 5 Chaplains at Community Hospital in Fairfax, MO serving Atchison and Holt Counties for 6 years. He was active in Rotary D6040 and President of Rock Port Rotary on 3 occasions; served as Chairman on the Rock Port Utilities Board; and trained by ICISF for Pastoral Crisis Intervention in Disasters; Chairman of the Atchison/Holt Counties Long Term Recovery Team after the Missouri River flooding in 2011. Rodney was also a Domestic Violence & Superior Court Mediator in Tucson, AZ volunteering out of Our Town Family Center. He was an official in the Jr. High & High School Sports: Soccer, Basketball & Baseball and served as President for AIA Soccer in Southern AZ. Later he went on to referee Collegiate, International and Professional Indoor & Outdoor Soccer and currently referees youth soccer.

Missions: Privileged to be included on mission trips in 2014 & 2015 to the Dominican Republic through Buchner International's Shoes for Orphan Souls. Mission trips are a great way to help others and discover how you can be blessed by God far more than you expected to bless others. It is one way to learn to see Jesus in others!

Favorite Bible Verses: John 3:16-17 (ESV) "For God so loved the world, that he gave his only Son, that whoever believes in him should not perish but have eternal life. For God did not send his Son into the world to condemn the world, but in order that the world might be saved through him." or "Love them all, let God sort them out!" 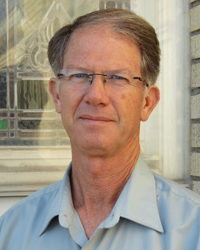 Steve served in the Navy for 6 years, worked as as electronics technician and then for the US Postal Service.

After 28 years of service there he retired. He became a Christian 1976 and started serving First Christian Church as an elder early 1980s.

"If I could say anything about me or my family it would be Praise be to the God of glory and to Jesus Christ for the blessings we have in Him." 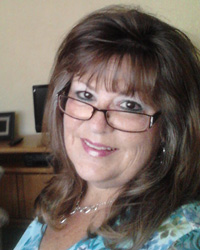 SCFCC embraced her family of four as they returned home from a five-year stint with the military in 1976. Garee transferred her membership to in November of 1976.

The next several years saw much growth, including the addition of a third child, attending and graduating from Garden City Community College, and in 1991, the development of the Minister of Music position by Pastor Jeff Knighton.

Hobbies & Activities: Love seeing the family, kids, grandkids, siblings, and the folks. Always enjoy vacation trips to the beach; playing bones, marbles, cards with the family. Just enjoying 'the good life' of being so richly blessed and so well loved. Favorites: Food- Mexican Food Movie- almost anything with Sandra Bullock TV Show- Paula Deen is a hoot, and I enjoy HGTV. Book (besides the Bible)- Leaving Church by Barbara Brown Taylor When you were a kid what did you want to be when you grew up? Skinny

"Serving as Minister of Music at SCFCC has been the most challenging, wonderful, frustrating, fulfilling, difficult and rewarding time of my life, and I am deeply grateful for the opportunity to do so." 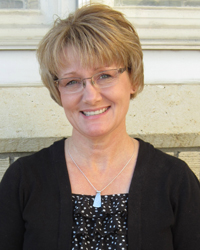 Shawn started attending the First Christian Church when she met Kelly, her husband, who had been a lifetime member. She was baptised in 1980, along with her parents Kenneth & Jacque Snow. Shawn married Kelly in December of 1981 with Rev. J. Allen Wheeler presiding. He had also married her parents exactly 20 years earlier and she and Kelly raised their children in the church. In 1998, Shawn started as the secretary of the church and enjoys the activities and people that continue to bless her life.